Rod Briggs is a sought-after international lecturer and consultant whose area of expertise lies in the mind sciences. He  lectures on Stress Control, Trauma, Emotional Aptitude, Problem Solving, Interpersonal Relationships, Crisis Management, Personal Performance, Situation Awareness and Psycho-Neuro Immunology (to mention a few) to government departments, military and peace keeping forces, members of the medical fraternity, health departments, corporate and private groups from all over the world.  In addition to this, Rod works as a highly respected mediator and consultant to corporations, families and private groups. When he speaks, hearts open, minds become inspired and people become motivated.  His teachings are gentle, fun and informative with entertaining stories, transformational wisdom and insights. Prior to establishing  the Mindlink Foundation, Rod gained extensive Corporate, Business and Development experience with multinational companies in retail and marketing.  . In addition to this, Rod quickly builds rapport with his audiences, enabling him to more effectively relate his messages.  He’s presented to salesmen, service reps, CEO’s, franchisees, managers, teachers, students and servicemen all over the world. He’s spoken in auditoriums, ballrooms, conference rooms, gymnasiums and living rooms, amongst others. He’s worked with last minute schedule changes, room changes, blackouts, AV glitches, AC glitches, you name it. He’s managed audiences that were enthusiastic, tired, drunk, cynical and hungry.   He has an uncanny ability to connect with people from all walks of life.  With Rod’s many years and thousands of speeches of experience, you can feel confident in his ability to do a great job, no matter what the circumstances.

He was born in the UK with only one working lung, which left him a virtual cripple and unable to participate in the compulsory two hours per day sports sessions at the English Grammar School at which he was educated. He was, instead, relegated to the schools’ eight hundred-year-old library, which he saw as an opportunity to study the mind sciences in his search for ways of overcoming his physical inadequacy. These studies included many and various philosophies and mental disciplines, which enabled him to triumph over his disability. He relocated to South Africa at thirteen and, using Martial Arts to strengthen his underdeveloped body, he obtained black belts in Judo, Karate, and Jiu-Jitsu. This led to a study of the philosophies behind the fighting arts and added further to his knowledge of the mind. This has helped Rod to get through some very heavy traumas in his life, including surviving a horrific yacht accident in which half the crew died.  During an ordeal which lasted many days, the techniques Rod had developed using his understanding of the mind and it’s workings undoubtedly saved him from death and kept him stable throughout the ordeal.

He is a frequent guest on local and international talk shows as well as a licensed Marriage Officer appointed by the South African Home Affairs and when not traveling presenting seminars, talks and lectures, he resides on the Dolphin Coast of Natal.

“Years from now you will be more disappointed by the things that you didn't do than by the ones you did do. So throw off the bowlines. Sail away from the safe harbor. Catch the trade winds in your sails. Explore. Dream. Discover.”

Mark Twain could have been writing the script for Rod Briggs’ life when he penned these words. Rod discovered literature at an early age and through it, a secret world that would ultimately shape his life.

Rod Briggs is a man of many parts. On the one hand, he is a dangerous man. In a military sense, he is a deadly weapon, highly accomplished in many forms of martial art and modern weaponry. He has trained Special Forces operatives and worked in the shadowy world of close protection and special assignment. He is also a master mariner who has sailed the oceans of the world and survived a wreck that claimed the lives of his friends.

On the other hand, he has formidable track record in the corporate world that saw him reach the top of the ladder in a Johannesburg based multinational corporation. This enabled him to retire at an early age to pursue other things. Among these was a desire to pursue his lifelong interest in the sciences of the mind which he subsequently developed into concepts to be taught and shared.

Through the Mindlink Foundation Rod Briggs now spends much of his time travelling abroad to work with top achievers in various fields, helping them to achieve way beyond what they have thought possible.

I have known Rod Briggs for over thirty years. It is through him that I learned to experience the world in an entirely new and exciting way. He has been one of the most influential people in my life and I am proud to call him a friend. He continues to lead an extraordinary life and to share what he has discovered along the way with those lucky enough to meet him.

Mark Twain would have loved him. 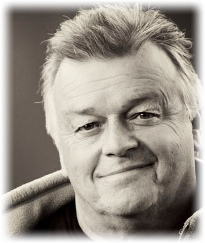